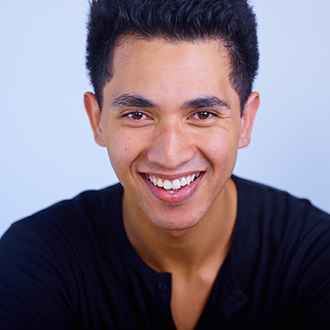 Isaac has been involved in the performing arts since the age of four where he began studying classical Violin, Piano, Saxophone, Tap Jazz and Ballet. As a music scholar at St Andrews Cathedral School, Isaac completed up to Grade 8 Tenor Saxophone, Violin and also up to AMUS on Piano by the age of 16. During his schooling he also toured through America, South Africa and Europe as both a multi-instrumental soloist and ensemble musician.

Recent roles include Twig in The Australian Premiere of Bring it on The Musical (Supply Evolution) which recently toured to The Gold Coast January 2016, Seaweed in Hairspray (Regals) and Bernardo in West Side Story (CMS). As well as stage Isaac has appeared in various TV commercials for MacDonald’s, Telstra, Foxtel and also Phoenix Housing.

Trained in RAD ballet tap and jazz, he picked up Hip hop three years ago. This was inspired upon arriving back from a couple of trips to America after graduation where he trained in singing and dance at the International Dance Academy, Broadway Dance Centre (NYC) and also in acting with the Casting Directors of Glee, Supernatural and the Step Up Series.

Kid A Performing Arts Co. is an Epiphany arts program for primary school children. Epiphany Arts Inc. is a not for profit organisation.